We're looking at 3 of the most popular AIO kits on the market in 2019... Is the dotAIO going to remain on top? Or do they have some competition on their hands?

Welcome to the ultimate AIO buying guide! Today we’re looking at 3 devices that are all similar, and will hopefully help you find the right kit for you.

So what are we looking at today? The dotMod dotAIO, the Aspire Mulus, and the Wellon Beyond AIO.

Design
I think the most important thing to talk about first is the design of these devices. If you’ve been keeping up with products over the last couple months, I’m sure you know exactly which device came first, and who copied who, and that device is… But if you know the Billet Box you also know that they go for hundreds of dollars which is why dotMod took their idea, simplified it, and made an already super compact AIO device even smaller. I just posted a whole review about it and I definitely love it, but like the Billet Box not everyone wants to shell out the funds for this pretty kit, so even more brands came in with alternatives!

The dotAIO has a beautiful classic dotMod design, everything is perfectly machined and has some great details like the LED ring used for power adjustment, battery life, coil notifications, and the on/off. I did a full review on the dotAIO already so if you want more details you can check it out here!

The design of the Mulus is very similar, however in a bit of a bigger package compared to the other two devices. A nice tactical firing switch with a brass ring instead of LED, USB-C on the side like the dot, a resin face, and a dual airflow door. One weird design is the mouthpiece being on the other side of the firing switch, that confused my brain a bit when i went to hit it for the first time because I’m used to the dotAIO. I’ll also point out the little screen but I’ll talk more on that later. 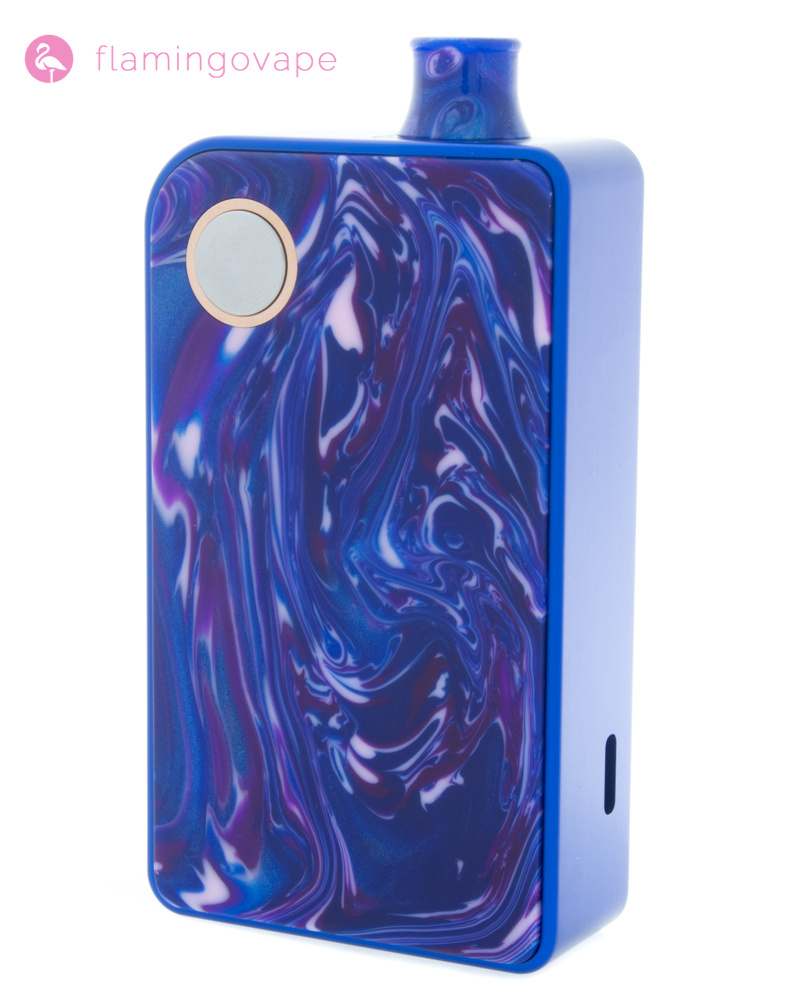 Looking at the Beyond… Ok c’mon guys try to be at least a little subtle. Other than this in your face screen on the front, the drip tip is very similar, the firing switch is in the same place, USB-C is at the bottom and… Ok I hate that they rounded this thing to hell and back because theres almost no contact when you place this device down and it falls over 9/10 times if you aren’t carefully looking. Yes this thing is very comfortable to hold but as soon as it leaves your hand it falls over almost every time without fail.

But now let’s see what they’re hiding behind their doors-- or just door for the Mulus and Beyond.

Like I said in my review, the dotAIO has one door for the battery sled and wattage adjustment button on the front of the device, and access to the pod with its super smooth airflow channels on the back. Simple and separated.

Aspire decided to take the Billet Box route with their Mulus, battery sled, pod, and the display where you can change the wattage between 1-80W. This design definitely adds a lot of bulk to the device and I would’ve liked to see them cut down on some of the space used. Also these magnets are strong as all heck, I can’t tell you how many times I made this door go flying while trying to take it off! But thinking about this again you might actually prefer it to the dotAIO if you have bigger hands. I myself have hands of an infant, so I almost always go for the more compact devices. I had a few friends test it out and enjoyed the feeling of the bigger device!

Beyond understood people want super compact, and I think by moving their fancy colour display and controls to the front it allowed them to get it this tiny. Speaking on that screen, you actually have a full colour display and wattage controls up to 35W which I actually really like because the coils are limited to 35W. They definitely win with the display, but I like not stressing about exact power and battery life, so I personally prefer the dotAIO.

So even though I should talk about the design of the pod here, there isn’t a whole lot to say other than some smack talk so we’re gonna group it with the coils.

The dotAIO on the other hand is slightly more annoying when you don’t have fingernails, but they give you an extra cutout so you can pop it out pretty darn easily. Tight tolerances, a beautifully smooth AFC ring, everything is just super high quality and looks/feels great.

Now comes the Beyond AIO. This is just a poor ripoff of the dotAIO, garbage quality and feel of the AFC ring, poor cuts on the tab to take it out, the plastic feels cheaper, but the plug? Honestly the juice plug is pretty good but LOOK AT THE TOP OF THIS THING, HOW IS THIS SO FAR OFF?! I get it for the mouthpiece but if they didn’t round off this damn thing it would be in a normal spot and not look so disgustingly off centre. I’m gonna make other people change the coil for me just so I don’t have to look at how stupid the design is.

But how are the coils?

Well, as you can see Beyond ripped this off poorly again from dotMod, same wattage ranges, same design, and yet they couldn’t even make them cross compatible?!? They went as far as they did, they should've gone a step further so you could at least use dotAIO coils if wanted.

DotMod coils are great, again I talked about them a lot in the review which you can watch by clicking on that card, (or clicking here if reading), and they’re great! Good life on them, dry hit protection works great, flavour is great, they’re just nice! I love this 0.3 mesh to death, and the 1.6Ω they include works great for mouth-to-lung or salt nic vaping if that tickles your fancy. A big thing to note, if you love Nautilus coils they also include an adapter to use them, either for MTL coils or their new 0.7 mesh coil for DTL!

I had to bring up that note about Nautilus coils because that’s primarily what the Mulus uses, along with these weird Tigon coils that I’ve never tried before. Luckily they included their awesome new 0.7 mesh, and…Oh ok why is their grease around the base? So before you fill this thing up make sure you give it a quick rinse because you don’t wanna vape that. Anyway, they included 4 different coils with the kit, I’ve never seen a company do this before so you have a LOT to try out. I’m going to focus on the 0.7 nautilus since it’s good for both this and dotAIO, and I’ll test these weird Tigon coils. The 1.8Ω Nautilus coil has been a staple for years, it works nice and there’s not much else to say about it.

How Do They Vape?
I want to start things off with the Beyond AIO, it copied the dotAIO so much that it’s just been egging me to try as it sat on my desk. The janky looking coil didn’t leak, the screen looked beautiful, the mouthpiece felt nice, and as I brought it to my mouth to take the first puff… *Spongebob clip of “I hated it” They may think they’re bold and brash, but if you ask me this thing belongs in the trash. I don’t know how to describe this thing, it’s like you’re not even vaping, but you are, and it feels gross. If I picked this up for my first vape I’d just go back to smoking it feels that gross. I don’t know how this is even possible, so I just took my juice out because I felt scammed.

Now with that out of the way, I’ll quickly talk about the dotAIO, again there’s a full review we just posted! I love how this thing vapes, the airflow makes me feel rich which is kind of a staple for them. You get a warm comfy vape, it feels super comfortable to hold, the mouthpiece is amazing, I just love this thing. These 0.3Ω coils were what convinced me to buy the device in the first place because they worked that well. While not my cup of tea, the 1.6 coils do work very nicely for MTL and nic salts, but this thing shines with regular nicotine.

Last but definitely not least is the Mulus. Boy howdy was this a shocker! I really didn’t expect much as it was clear that they were making a more affordable version of the dotAIO, but these new 0.7Ω mesh coils took me for a trip. You get very crisp flavour, airflow almost as smooth as dotMod’s, and an overall consistent experience. The drip tip is a little bit large for my liking, but luckily they made it a removable 510 tip so you can use any tip you'd like! I didn't mention it earlier, but it does have a smooth airflow control, I've just kept it pretty wide open but of course you can close it off a bit if that's your style.

Final Thoughts
I obviously love the dotAIO, it has great build quality, lots of customization, and a very small form factor. The Aspire Mulus is still built well but feels a bit cheaper compared to the dotmod, however still offers fantastic performance. I’ll take the more compact of the two but if you like a bigger device then the Mulus is for you.

If you see a Wellon Beyond AIO, don't even touch it. Trash.

I can easily say you’ll be happy with either of those two devices, and while I might not be switching over to the Mulus, I can definitely say that I’m gonna be buying a pack of those fantastic 0.7Ω mesh coils that Aspire offers.