Endocannabinoid System. What is it and why it’s a very important part of the puzzle when it comes to our bodies and the way they process cannabis.

What’s up, Flamingo Fam!! We’re back again with another education session! This one is all about our Endocannabinoid System, it’s a very important part of the puzzle when it comes to our bodies and the way they process cannabis.

Our endocannabinoid system (ECS) is involved in many physiological functions, including inflammation, sleep, pain, memory, digestion, immune functions, and neuroprotection. The ECS was first discovered in the late 80’s early 90’s and is still being researched heavily as cannabis research continues.

And whether or not you choose to consume, the Endocannabinoid System exists and is active in your body even if you don’t use cannabis. This is because every single person on planet earth is born with an endocannabinoid system. Pretty cool, hey?

Now before we jump into it, there are a few terms we need you to get familiar with. Because we’re gonna start throwing some big words at you, and to be honest, when we first heard a couple, we for sure thought they were made up. Nope- turns out it’s just science trying to make us feel confused… typical nerd behaviour. 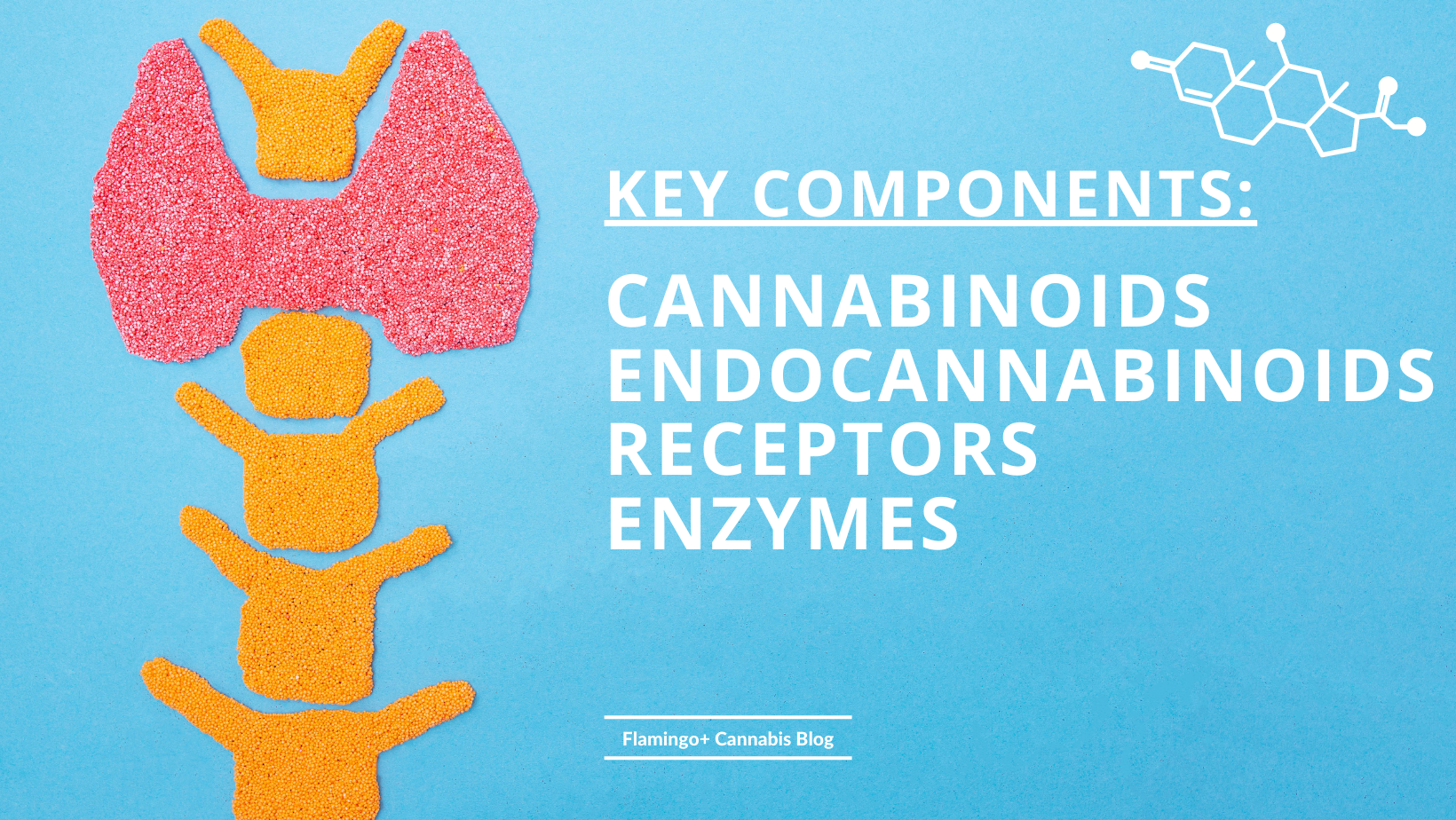 The Endocannabinoid System is made up of three key components:

Explaining the ECS as a lock and key system has been proven the easiest way for most people to understand. When it comes to cannabis and your body, the two work just like a lock and key system. If a door is locked and you don’t have the proper key, the door won’t open right? Well, that’s essentially how the Endocannabinoid System works. It’s the biological system in our body that interacts with the active compounds in cannabis.

Let’s start with cannabinoids, they act as a key to the ECS. It’s important to note right away that not all cannabinoids will get you high. In fact, THC is the only one proven to intoxicate you. For those of you that might be new here, THC is the short form of Tetrahydrocannabinol, and it’s a mouthful to say, so we call it THC, it’s the only psychoactive compound in cannabis. Although other cannabinoids and endocannabinoids won’t intoxicate you, they can potentially have an effect on how your body interacts with THC when consumed together.

So what’s the deal with the receptors you ask? They are the “lock” in this equation. In order for the compounds in cannabis to have the proper effect, they need to interact with the proper receptor. These compounds are called cannabinoids, and some of the most well-known ones aside from THC are THCA, THCV, CBD, CBN, and CBC to name a few. The naturally occurring molecules our bodies produce are called endocannabinoids, and they react with certain receptors throughout the ECS as well. There are two well-known endocannabinoids called anandamide and 2-arachidonylglycerol.  Derived from the Sanskrit word “ananda,” which translates to “joy,” “bliss,” or “delight,” anandamide is sometimes called “the bliss molecule.” When these receptors are “unlocked” you are essentially giving cannabis the freedom to work its magic inside you!

As we all know, consuming cannabis can bring on a range of emotions, or feelings. For those that feel happy or pleasure, this is due to the effects of cannabis on a region of the brain known as the nucleus accumbens. When THC binds to CB1 receptors it leads to the release of a neurotransmitter called dopamine to the nucleus accumbens, the same thing is happening while anandamide binds to cb1, THC effects are well above normal, this is what leads to the feeling of euphoria. 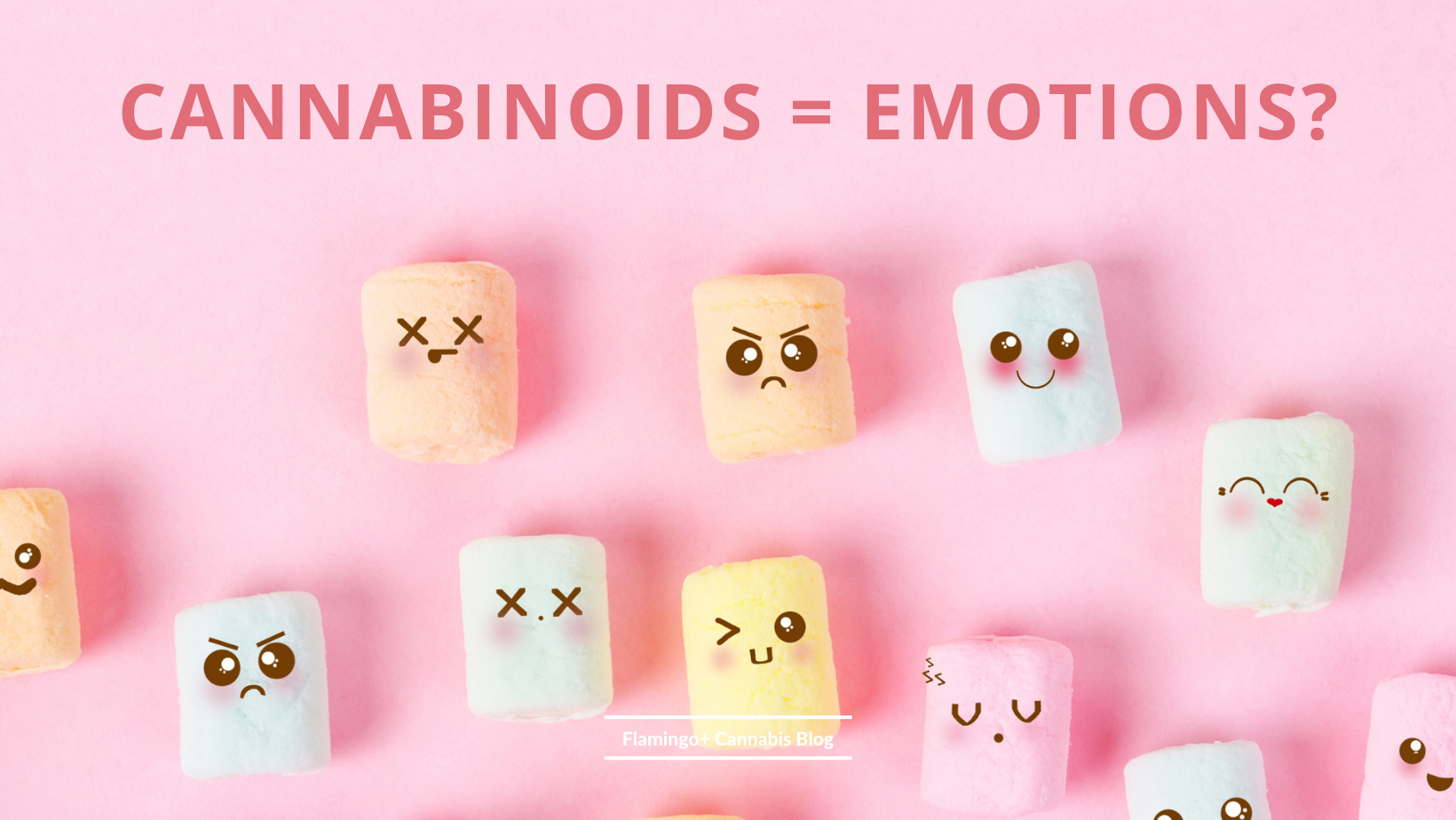 Another part of the brain that THC interacts with is the cerebellum, part of the brain responsible for controlling movement. Ever feel reeeeeeeeeal lazy after a session? You can thank the receptors in your cerebellum for that because THC can affect your activity level and motor skills.

THC, CBD, and terpenes fit into CB1 and CB2 receptors in our ECS. These receptors act as a lock when flooded with cannabinoids after consuming cannabis. CB1 receptors are located throughout the brain, central nervous system, connective tissues, gonads, glands, and related organs. CB1 receptors are mostly associated with the psychoactive and euphoric aspects of THC. This is why THC is often associated with pain relief, as it interacts with the parts of your brain that control your pain nerves.

CB2 Receptors are located throughout the immune system and related organs, like the tissues of the spleen, tonsils, and thymus gland. They are also common in the brain, although they do not appear as densely as CB1 receptors and are found on different types of cells. These receptors are mostly associated with the anti-inflammatory properties of CBD. 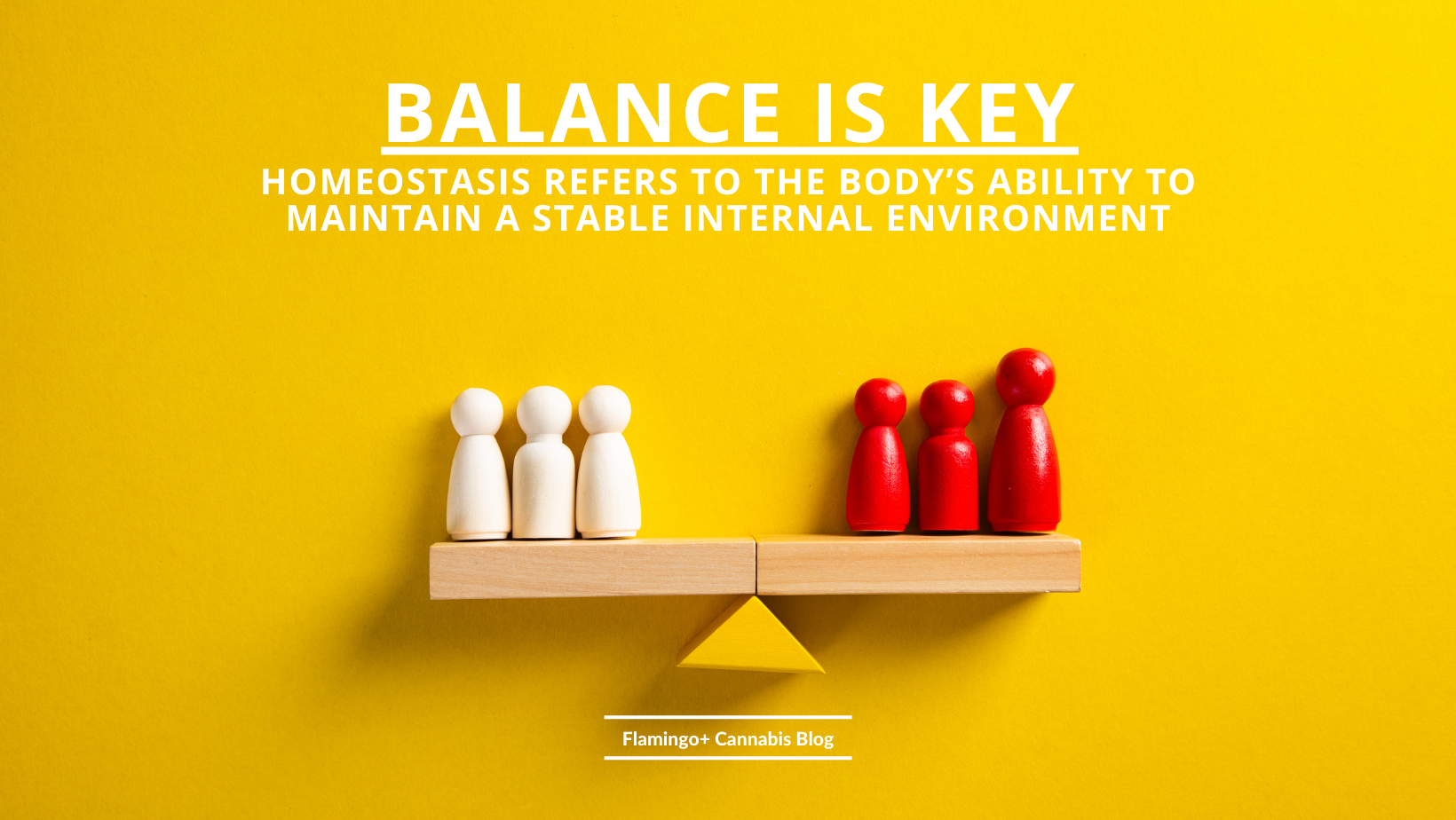 One very important thing to note is that the Endocannabinoid System plays a major role in regulating homeostasis within the body. Homeostasis refers to the body’s ability to maintain a stable internal environment ie. regulating hormones, body temperature, water balance, etc.  Maintaining homeostasis requires that the body continuously monitors its internal conditions. Our bodies don’t want the temperature to be too hot or too cold, blood sugar levels too high or too low, and so on. Conditions need to be just right for our cells to maintain optimum performance. This “just right” zone is known as the Goldilocks zone. The body’s endocannabinoid system (ECS) is a vital molecular system for helping maintain homeostasis—it helps cells stay in their Goldilocks zone.

Okay, phew, that was a doozy. Did you get all that? It’s okay if you didn’t, we’re leaving this blog up until the end of time, so come back and read it again next time you are wondering why you might be feeling the way you are after blazing.

Please remember, we are not medical professionals, we are just sharing our cannabis knowledge with you! Always do your research before deciding to consume, and remember- start low and go slow.

Don't forget to check out our full Cannabis Menu to browse through all the magical products we got for you! Also now we sell cannabis online right at our website with local delivery in Winnipeg, Mb.

Peace by the gram!